They can dish it out but
They can't take it

A couple of blocks from Nebraska Family Alliance headquarters in Lincoln is a cafe where most of the employees are queer. It is called Cultiva. NFA employees go to Cultiva all the time. One of them is NFA communications specialist Marilyn Synek, who says she visits Cultiva once a week for breakfast.

On September 11th, Marilyn Synek got yelled at by a Cultiva employee, Natalie Weiss. Natalie told Marilyn to leave and never come back to Cultiva. She shouted it, so that the whole cafe could hear.

The shouting wasn't about any personal disagreement; it was about policy. Natalie called Marilyn out for NFA government lobbying that impacts LGBT Nebraskans like her. (Natalie is transgender.) Natalie said that if Marilyn ever came back, the queer employees of Cultiva would refuse to serve her.

Marilyn did leave, but that's not all she did. She took to Facebook, writing "This morning, I was asked to leave Cultiva Coffee and never come back because of my conservative principles." Marilyn said she'd always treated the employees of Cultiva respectfully. She complained about the lack of civility she got in return, saying "tolerance goes both ways."

Word of what had happened with Marilyn got back to the owners of Cultiva. They promptly fired Natalie, by phone.

The Lincoln newspaper ran a story about the altercation, and the firing, the same day. By the next day, the story had been picked up by various conservative media outlets. They wanted to tell of a conservative unfairly discriminated against for her thoughts. For example, PJ Media ran the story with the headline "Rude Trans Barista Boots Conservative Woman From Coffee Shop"

But Natalie was out telling her side of the story too. She wants to make it clear that she didn't kick Marylin out for her principles, but for her lobbying work. NFA opposes a proposed city nondiscrimination ordinance, called the Fairness Ordinance, that would legally protect Lincoln residents from being fired by reason of their sexual orientation or gender identity. The Fairness Ordinance passed the city council in 2012, but NFA has successfully blocked it since then.

Natalie has campaigned for the Fairness Ordinance extensively; NFA was her main antagonist. Natalie wrote that "Nebraskans like myself do lose our jobs, and sometimes our living arrangements, because of who we are, and people like the Nebraska Family Alliance are why."

A Fox News editorial ran the above quote from Natalie, presenting it as though she were claiming that was fired for being trans. The editorial responded to their fabricated claim by saying "I'm not so sure about that. It appears to me that she lost her job because she was behaving like an ill-mannered pinhead." 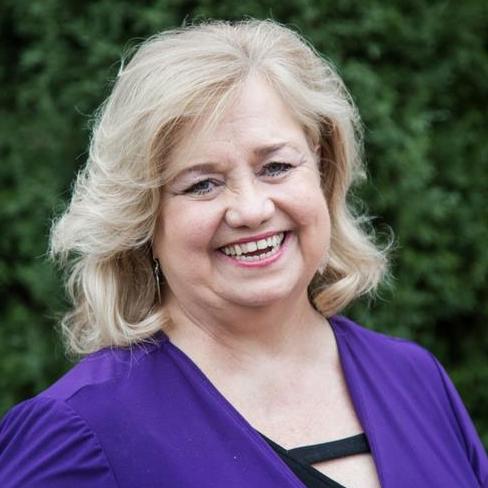 In fact Natalie is perfectly clear on the point that she lost her job for yelling at a customer. She's said she understands why the Cultiva owners chose to fire her. She's chosen to direct all anger toward NFA.

NFA talks a lot about someone named Jack Phillips. Phillips is a cake baker who, in 2012, refused to bake a wedding cake for a gay couple. NFA invited Phillips to speak at their 2018 Gala fundraising event as an exemplar of what NFA considers "religious freedom." Which, in this case, means the freedom to not serve gay customers if you have religious beliefs that say you shouldn't.

So, to review, Marilyn works at an organization that champions the ability to decline service to gay people. When she, herself, is declined service, she complains about the lack of civility and tolerance.

NFA sees no contradiction with this. In a recent interview with Lincoln radio station KLIN, Karen Bowling, NFA executive director, explained that the case of Jack Phillips and his refusal to bake a cake is different from the coffee shop incident. 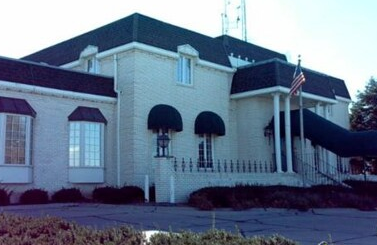 Wedding cakes, she says, are a form of creative expression protected by the first amendment. On this the US Supreme Court agrees with her; Phillips won his case 7 to 2 using this argument.

"We champion everyone's first amendment freedoms because at our core we believe everyone deserves to be treated with dignity and respect," Bowling said in her radio interview. "People of good will can have different opinions, but disagreement is not discrimination."

Karen Bowling and her organization would have you believe that they are trying – not to discriminate – but to defend the freedom of speech. A similar tack was taken by conservative media, like LifeSiteNews:

This is plainly not true. NFA does advocate for businesses to be able to deny people service because they are LGBT. The Fairness Ordinance that NFA has been blocking since 2012 is not only about employment; it would also prohibit discrimination in "public accommodations" based on sexuality and gender identity.

Public accommodations include coffee shops. So, LifeSiteNews is flagrantly lying; NFA does indeed stand for denying service to queer Nebraskans in just the way that Natalie attempted to deny service to Marilyn.

Marilyn Synek can dish it out but she can't take it. She's pursued a career at an organization dedicated to discrimination targeting queer Nebraskans, and she's pretty OK receiving service from queer people at a coffee shop. But if those people at that coffee shop give her a taste of her own medicine, she lectures them about civility and tolerance.

Call to Action: publicize the NFA Board of Directors list by any means you have. Encourage accountability for the damage they have caused.